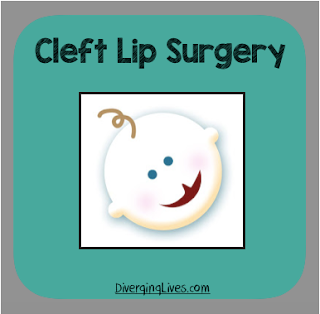 James came into our home days after his first birthday. He was scheduled to have his cleft lip surgery 3 weeks later. The doctors would also be performing surgery on his nose (rhinoplasty) to help make it more even, as babies with cleft lips have flattened nares on the the side of the cleft. And they would be inserting ear tubes to help prevent the multiple ear infections that cleft babies are susceptible to having. We didn't have any experience with having a baby with a cleft lip (& palate) so we learned as we went. We asked many questions! Some questions we asked, the doctors couldn't answer. 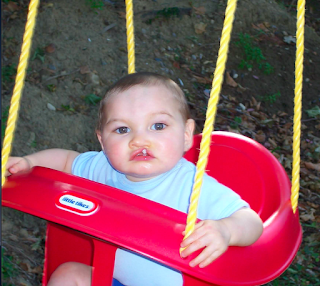 One thing is certain, we quickly came to love that toothy grin James would flash us. Since James also was experiencing developmental delays, we had weekly physical therapy, occupational therapy, feeding therapy, and other early intervention services. Even though he was 12 months old, we were still working on him sitting up independently. 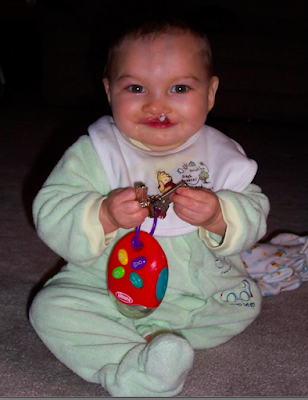 We discovered a special bottle, called the Haberman feeder, that is a must for cleft babies. The nipple is elongated and has a special one-way valve to regulate the amount of formula/breastmilk released. We also used PediaSure for extra calories and added infant cereal to thicken it. James quickly went to pureed baby food, but he had quite a bit of nasal regurgitation. Since he was already a year old, we also let him finger feed very soft foods, like Cheerios.

The surgery is mostly a blur in my memory. I was really anxious and didn't know what to expect. This was our first rodeo, as far as surgery with a foster child. (As a foster parent, you cannot give consent for surgery so there needs to be a court order, which is a process in itself.) Prior to his surgery, I remember the surgeons telling us the cleft lip surgery tends to be harder on the parents than the palate surgery because the sutures are all external.

On the day of surgery, we had to arrive at the hospital very early in the morning. James was a little grumpy because he couldn't eat anything. The surgery was relatively short (in comparison to some of his later palate surgeries). I remember James having difficulty waking up from anesthesia and fighting it. He had to stay in the hospital overnight to make sure his breathing was fine. I stayed at the hospital with him while Daniel took care of everyone else at home. I remember meeting several of the nurses who cared for him while he was in the hospital after he had been placed in CPS custody. They couldn't believe how great he looked and how much weight he had gained.

This picture shows James with all his sutures and wearing "no-no's" to prevent him from grabbing at the sutures. He was still happy overall. 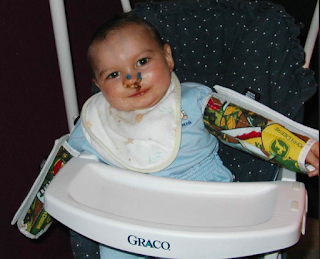 This next picture is immediately following the suture removal. James is still smiling. 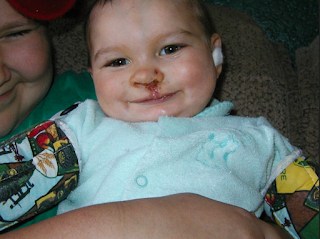 And then as the incision starts to heal. 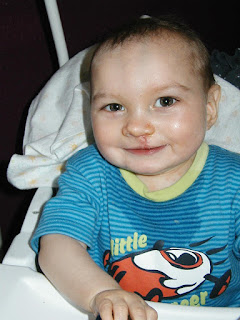 We would have to wait about 6 months for the first surgery to repair his palate. Mind you, all of James' surgeries were performed behind schedule as he didn't come into our home until he was 12 months old.
Posted by Nicole {Diverging Lives} at 10:01 AM No comments: 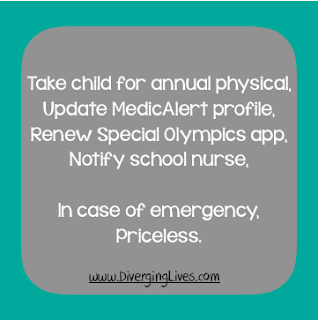 Posted by Nicole {Diverging Lives} at 9:10 AM No comments: