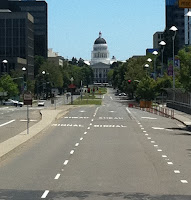 We had a very busy week with many first-time events. Last weekend we rode the train through Old Sacramento. We were easy to spot because our little ones were sporting their noise-reducing headphones. Only one of the children didn't feel too well by the end of ride from all of the movement.


Then my hubby had a fun outing with 2 of our children playing miniature golf. And of course, they couldn't leave without driving the go-carts. 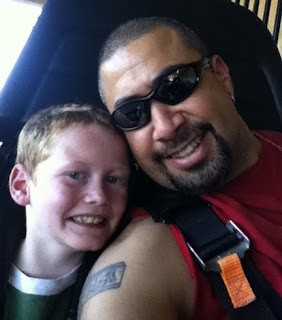 After church on Sunday we braved eating out (yes, INSIDE a restaurant). I just may be too embarrassed to return because of the considerable mess we left behind.

Tuesday we hosted a potluck dinner for our Adoption Support Group families. Normally it is only the parents in attendance, but we thought it would be a good idea for the children to form relationships as well. 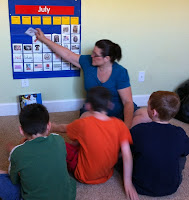 We'd been waiting (& counting down the days) all month as I had it marked on the calendar...July 21st, "State Fair". This was an outing I was actually dreading. The kids surprised me though!

We learned fire safety from Smokey the Bear. The "Big Bug" exhibit, although awesome, was too overwhelming for the little ones so we just kept moving. I would say the livestock area was the family favorite. Goats, cows, and pigs in various stages of gestation.

All of the children enjoyed some rides as well. It's not say we didn't have any meltdowns, but it was manageable and we didn't push our luck. I actually think the children could have outlasted me! 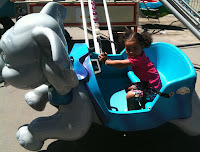 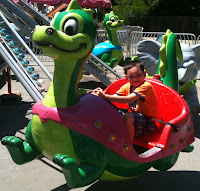