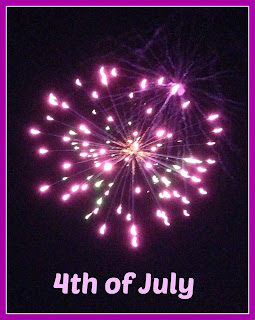 My husband and I were reminiscing about the 4th of July because this is generally a big holiday for us.  We enjoy hosting a BBQ for friends and family, followed by an elaborate firework show orchestrated by Daniel.  This has been our tradition for at least the last 12 years.  This was the first year we weren't at home for the 4th, but that didn't stop the party from following us.  We had a BBQ and an elaborate firework show at my brother-in-law's house in Oregon.

Daniel decided to take a trip to Washington with our kids and nephews to buy fireworks.  He also purchased some from his sister & brother-in-law's church.

We were thrilled to be able to spend the holiday with so many family members.  It just wasn't quite the same without my mom or our oldest son though, as they were still in California.

Our daughter, Adriana, will have a birthday at the end of the month but she requested that we celebrate it early since we won't be here on her actual birthday. 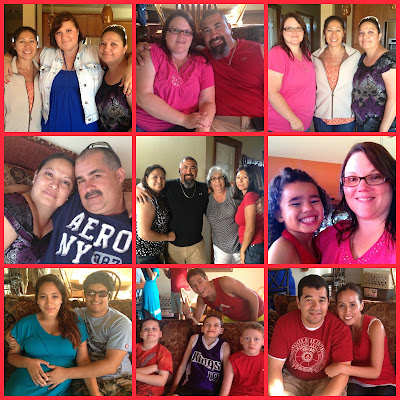 This year he passed the torch (literally).  Daniel uses a Bernzomatic Propane Hand Torch to light the fireworks and this year he allowed his nephews to be in charge of igniting them.  Daniel is very safety conscious which I feel is extremely important when handling explosives.

We've noticed that it takes longer for the sun go down here in Oregon, which made for a late night.  It also happened to be very cold so we all had to bundle up. 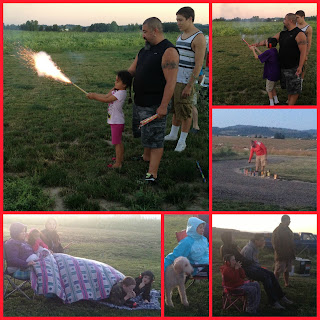 Overall it was a great night and we made many memories.  Here is just a short video of our firework show.  And at the end of the night, everyone was exhausted.  I'd call it a success! 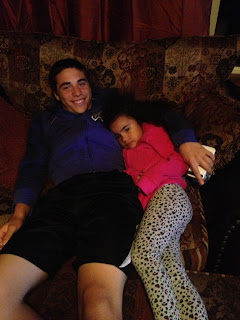 Nicole
Posted by Nicole {Diverging Lives} at 8:23 AM