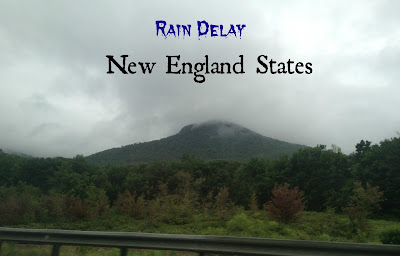 As predicted, we woke up to a rainy morning with no hopes of it clearing anytime today.  The Weather Channel app has been extremely helpful during this trip, from driving days to planning activities.  I especially like that it has a live radar map and I can see what the weather will be on an hourly basis.

The kids were really looking forward to visiting Six Flags NY today, but we had to break the news to them that it would have to wait until tomorrow.  {We made sure to check the weather forecast before promising this to the kids.}  Instead we planned a driving tour of the New England states.  It was better than staying in the trailer all day and Daniel was anxious to add those state stickers to our map. 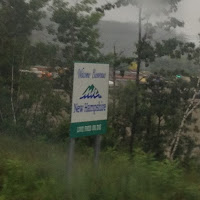 Vermont and New Hampshire looked pretty much the same: green and hilly.  It wasn't until we were getting ready to cross the bridge into Maine that it began pouring. 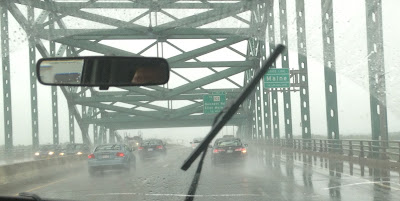 I was in awe as we were driving through looking at our nation's historical buildings.  We spotted this old jail (gaol) which was built in 1719.

We did stop on the Atlantic Coast of Maine to take a picture before we ate lunch. 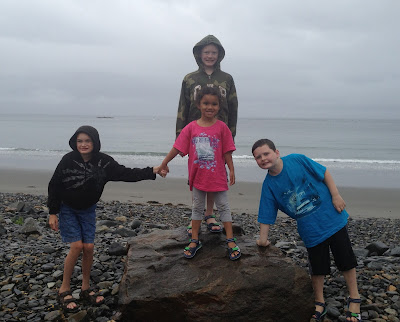 We passed back through New Hampshire into Massachusetts and decided we would drive through Boston while we were here. We didn't plan on it being rush hour traffic or raining so hard a flash flood warning would be issued.  We were stuck in a tunnel for a good hour. 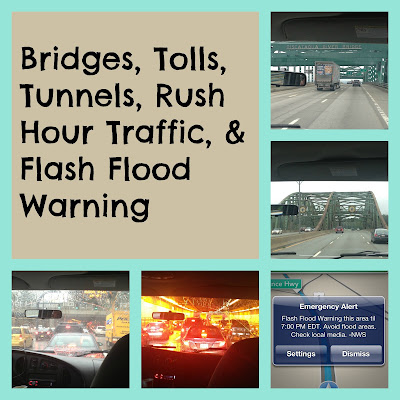 We passed through Rhode Island and into Connecticut before arriving back at our campsite in New York. Even though it was a 13 hour day, we drove in seven different states today!  Now Daniel is happy he can put those stickers on the map.  And the kids are happy because tomorrow is Six Flags New York.