It was really helpful that we purchased the stroller specifically for this vacation.  Since James has cerebral palsy it is difficult for him to walk long distances, so he can hitch a ride on the back (sitting or standing) and it is just what he needs.  It was also nice that we did not have to hand-carry our cooler too.  We brought lots of Spark (for the adults) and Rehydrate for everyone! 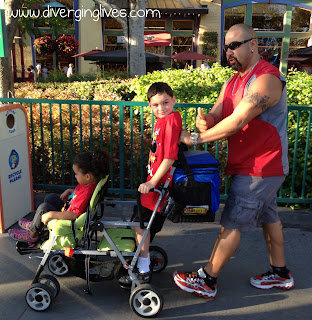 With our tickets we had the choice of early entrance (1 hour) to Disneyland on one specified day.  We chose our second day (Tues) and decided to visit Tomorrowland since it was incredibly busy the previous day.  The first ride we headed for was Space Mountain.  Since our youngest didn't want to ride it and she wouldn't stay with grandma, we had to split up into 2 groups.  Both of our groups were able to make it through in an hour.


Since we knew this was going to be our early morning, we made plans to eat breakfast in the park the day before and had reservations at the Carnation Cafe.  This was such a great idea!  The food, service and atmosphere were great and I didn't have to clean up. 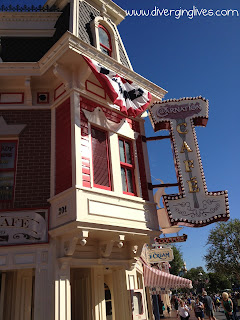 And now we're off to ride more rides!  Autopia was first on the agenda.  The kids were excited because they were going to drive.  Personally, I don't care if I ever go on that ride again.  I feel like I experienced neck trauma from our car going back and forth, hitting the rail every time. 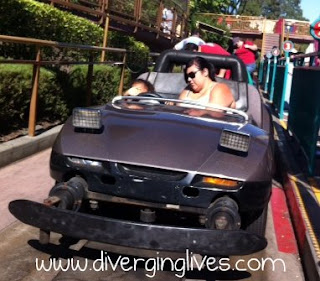 Teacups were definitely on Amada's agenda.  Grandma and I took her on them while dad took everyone else on the Matterhorn (again). 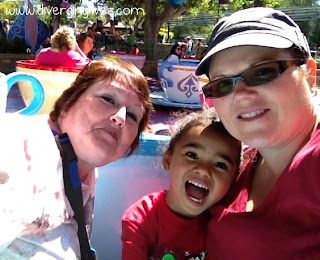 We were momentarily sidetracked at the Mad Hatter store.  Hats for all! 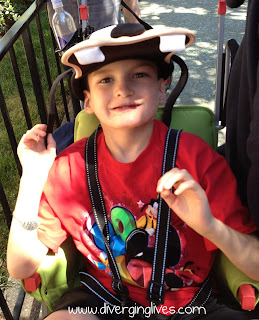 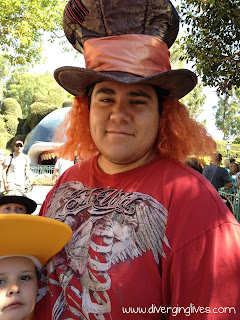 We just had to do it one more time...Big Thunder Mountain Railroad!  Amada did not want to stay with Michael so she went on the ride (sitting next to me and Alex).  As the ride started she buried her head and exclaimed, "I should have stayed with Michael!"  It was just too funny. 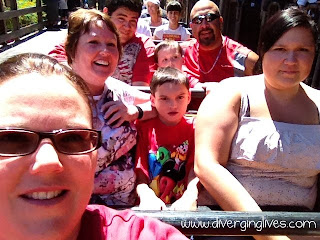 We got to pretend we were pirates on the big boat... 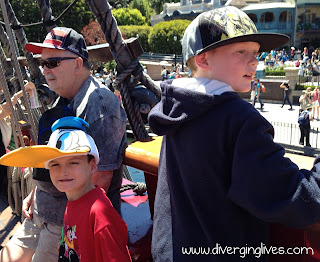 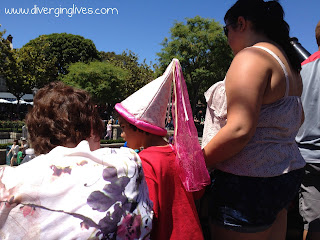 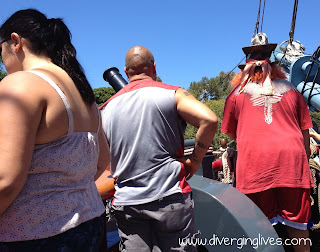 We went on a few more rides.  Then we decided to head back to the trailer for lunch and rest time (yeah right, who am I kidding!). 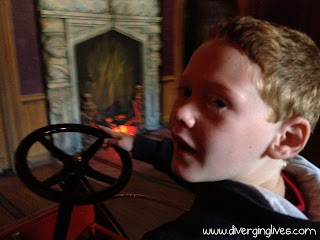 When we returned a few hours later, we decided to check out California Adventure since we had park hopper tickets.  Guess who we ran into?  Phineas and Ferb! 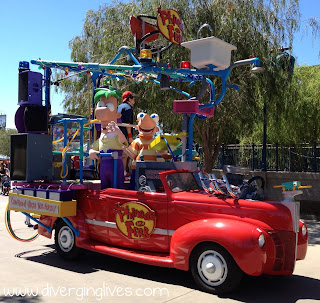 I didn't take any pictures on the jumpin' jellyfish ride, but that was another one of Amada's favorites.  Johnathan had his sights on California Screamin'.  We stopped at Little Mermaid and Toy Story along the way.  Amada's face lit up and she smiled when she saw Ariel.  I had fun in Toy Story.  Who said a little competition isn't healthy? 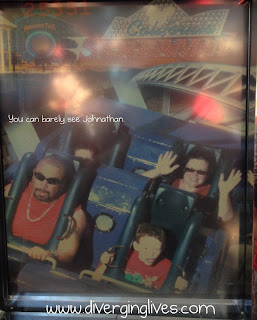 Amada chose to ride the carousel instead. 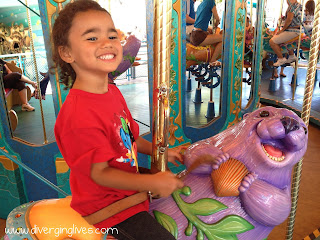 It was really heating up so Daniel and all the kids (except Amada) decided to get wet drenched. 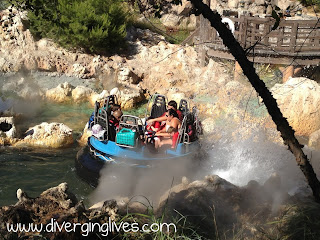 Quick we need a distraction while at a restroom stop!  Cotton Candy + James = 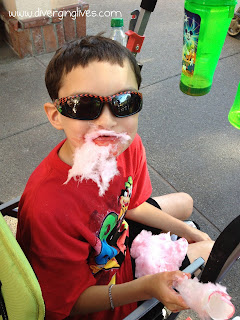 We decided to stay out of Cars Land until our 3rd day, but traveled through Bug's Life.


Another day bites the dust!  Kids were done.  Parents were done.  We need a rest tomorrow.  Stay tuned to find out what we decide to do.