While we were in Los Angeles for our Disneyland trip, we decided to drive a little further south to check out San Diego.  Our oldest child, DJ, is attending college to earn a degree in Zoology/Animal Biology.  He has been quite interested, for some time, to check out the San Diego Zoo.  So that's what we did! 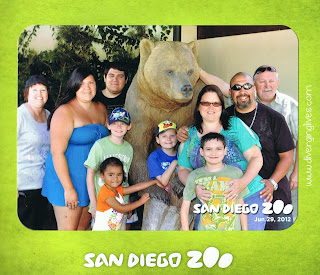 They have a little petting zoo area.  But to get back to it, you first walk over a bridge that may squirt you with water, then you walk past a large play structure.  We stopped for a few minutes to let the kids play, then stopped for another photo opportunity. 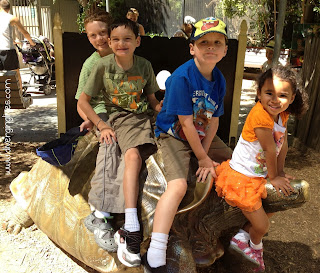 In the petting zoo area were mainly goats, but there were also a couple of miniature horses and a pig.  The kids loved feeding the goats a few pieces of hay that were scattered about. 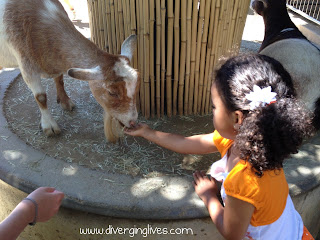 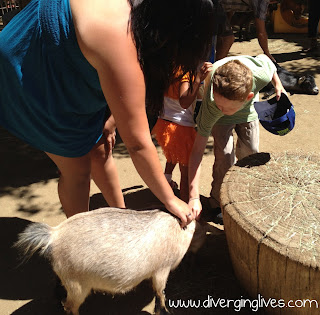 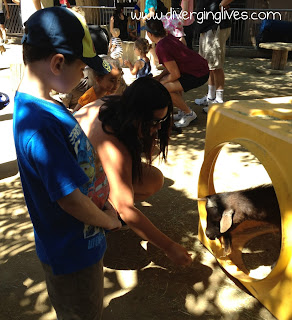 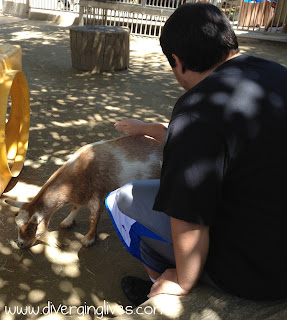 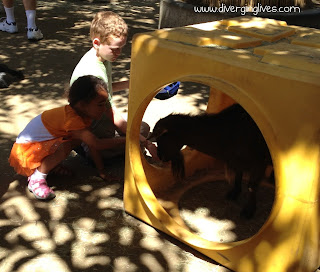 The insect house had a lot of things that made my skin crawl.  I didn't mind leaving it quickly when Johnathan needed to go to the bathroom.

We did a lot of walking!  But it wasn't just walking.  It was up hill, then down hill, up again, down again.  It was also a very hot day!  When we passed a store and Johnathan saw binoculars, he just had to have them.  When we didn't buy them he was not happy at all.  Thankfully there was a pink hippo to distract him, if only for a second. 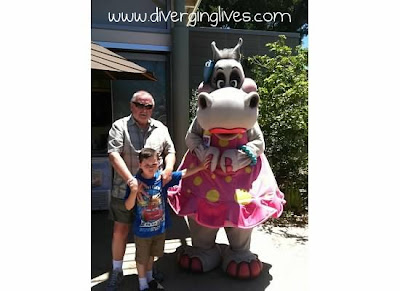 We had already walked to the back of the zoo and we needed to get everyone something to eat (which was towards the front of the zoo), so we decided to ride the Sky Glider back to the entrance. 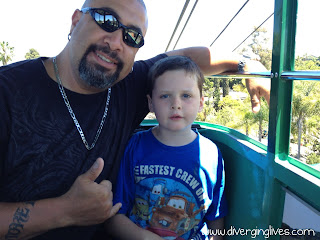 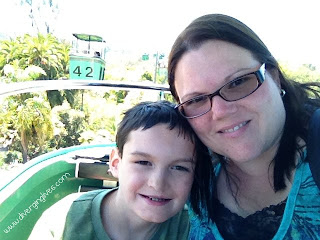 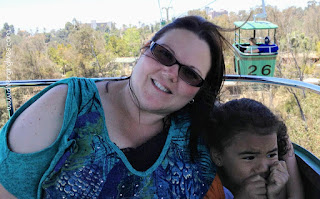 Here's the view of Balboa Park and downtown San Diego from the Sky Glider ride. 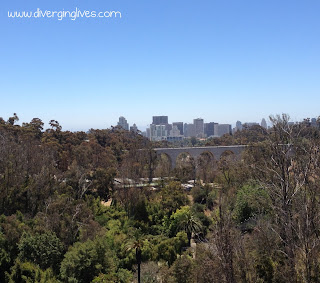 Everyone was feeling recharged after eating lunch so we started walking again.  {Thankfully we had our stroller so Amada and James didn't have to walk the hills.}  Our older daughter, Adriana, loves panda bears and always has.  She wanted desperately to see the pandas up close and personal.  She was very pleased.  We also discovered that she can see them live anytime she wants through San Diego Zoo's panda cam. 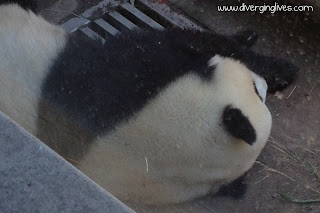 At the panda bear exhibit, zoo personnel take your family's picture and edit panda bears into the picture to make it look like you are actually holding a panda bear.  So cute! 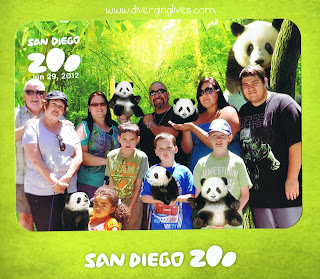 We finally decided to get on the double-decker bus and take a riding tour of the zoo.  This was much easier and we had a great view of the animal exhibits.  We ended up staying on the bus for one full route then got off close to the entrance. 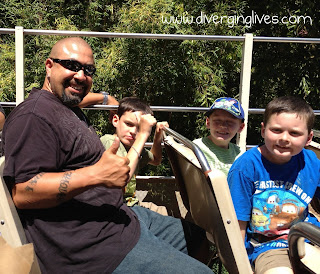 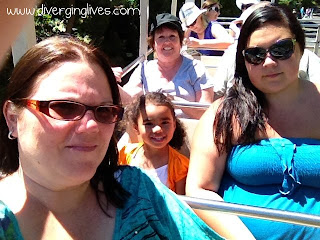 We also learned a few interesting bits of information.  Like one of the giraffe's is pregnant and due very shortly.  They also have a baby giraffe that was born 3 weeks ago. 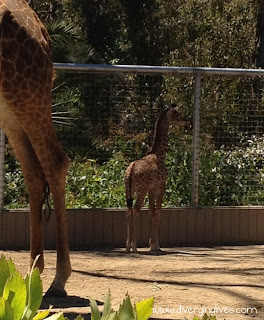 Adriana was happy she got to stop at the gift shop and pick out some panda items {bear and bracelet}.  I bought the younger kids matching shirts and DJ got a panda bear hat. 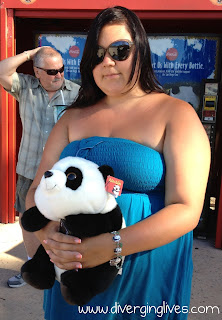 Thankfully we had a quiet ride back to the trailer.  Everyone was worn out and had a little too much sun today.  Apparently the sun in San Diego is hotter and makes you burn easier/faster because despite sunblock a few of us still got sunburned.  My only complaint was I thought the tickets prices were quite high.  We had a coupon for $4 off each admission, but it was still expensive.

That concludes our family's southern California vacation.  We were very pleased with all of the kids overall.  We were completely exhausted by the time we arrived home and took about a week to recover.

~Nicole~
Posted by Nicole {Diverging Lives} at 1:30 AM